Logo design is one of the most important pieces to the business puzzle.  Throughout time, there are ones that get etched into your mind and can't be removed.  The likes of Coca-Cola, the intertwined VW, the Chevrolet 'bow-tie', etc.  In motorcycle racing it's no different, maybe a bit less notoriety than the mainstream entitles, but never the less, still icons in our sport.

I'm sure the big corporate people have big dollar design companies come up with ideas, but some just happen and work just as well.  It's been said that Louis Chevrolet saw the "bow tie' design on wall paper in a hotel and used a similar design for his fledgling automobile company.  Let's take a look at one of motorcycle racing logos that were derived in a similar fashion. 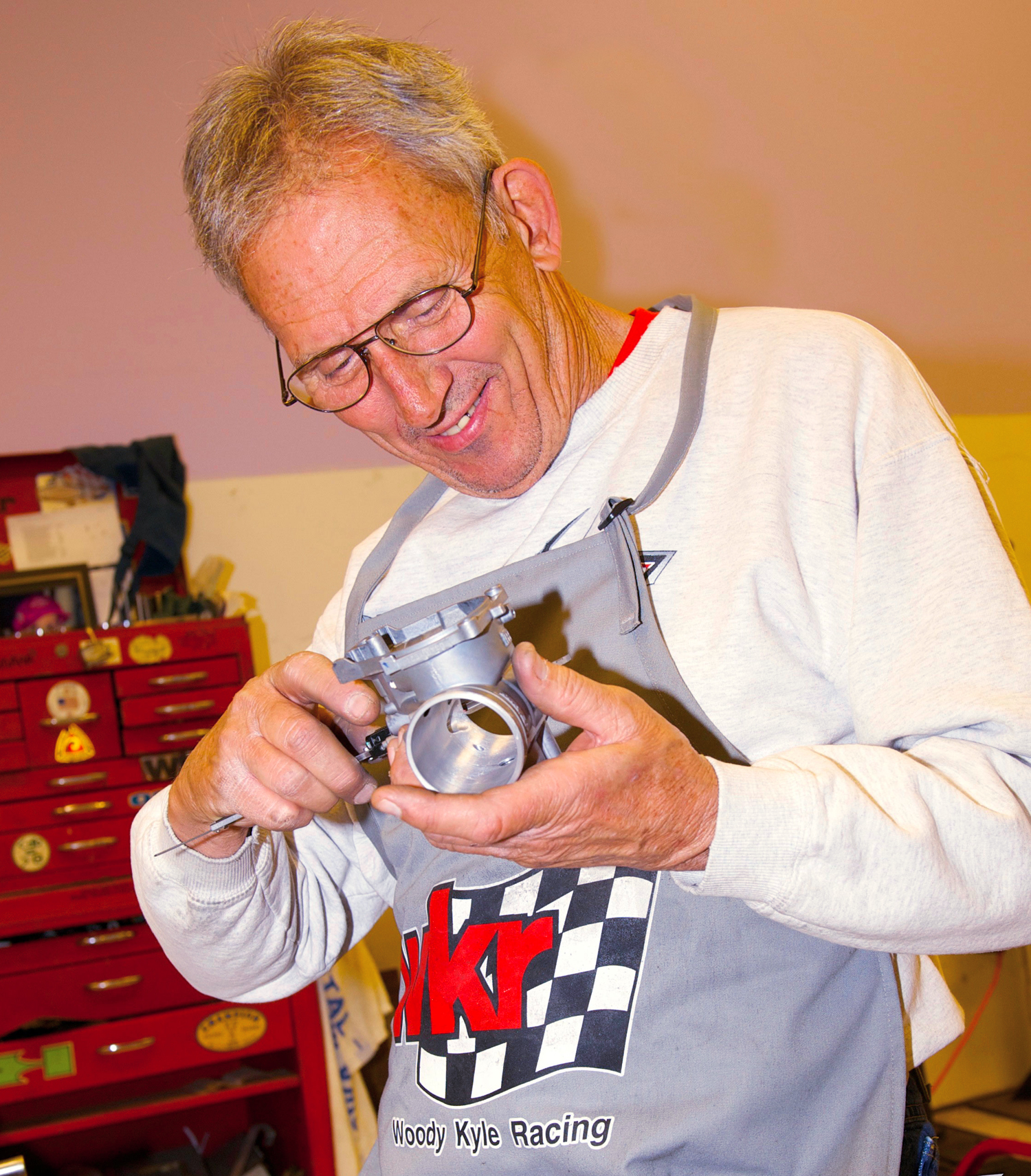 The man, Woody Kyle, in his shop

Circa 1973, a young Woody Kyle moved from Florida to Roswell, GA and was building race engines out of the back of Metro North Kawasaki.  One of the new Kawasaki Big Horn's he build was raced by Larry Stone.  Larry did exceptionally well on the bike at nearby Freeman's Short Track.   Woody and Larry were working on the bike in the pits and overheard someone say, "You want a fast Kawasaki, you gotta get one of them Woody Kyle Racing bikes.  They are IT man!"  That was it, the name of Woody's new business stuck.  Now on how to advertise it to keep the work coming in? 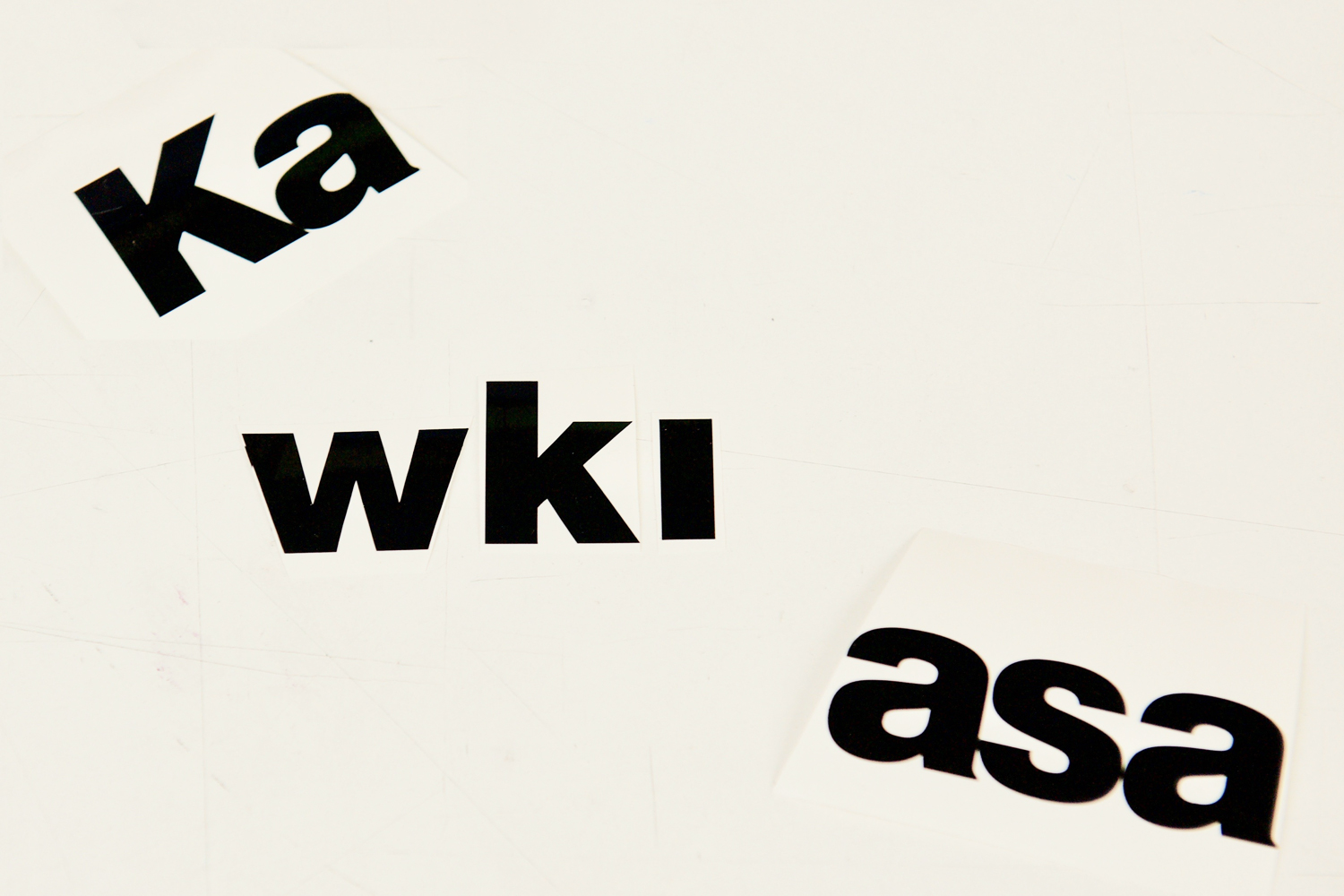 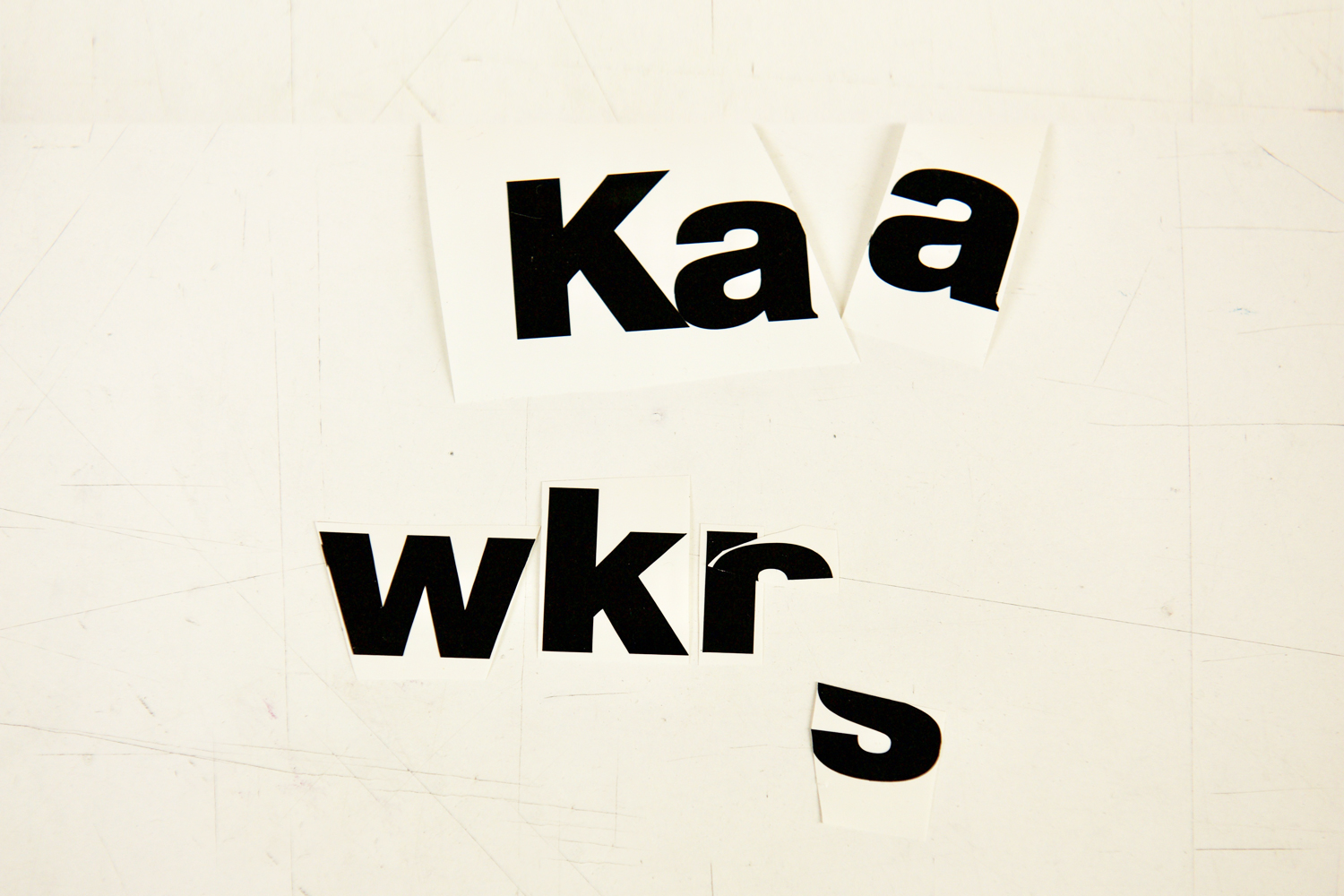 Still new in business, there wasn't a huge budget for advertising, well there wasn't any budget.  One night working, Woody said he wanted to put the newly coined Woody Kyle Racing on his bike.  A sign painter or having decals made was out of reach at the moment.  Somehow, he picked up a Kawasaki decal from the shop he share.  He looked and saw the 'W' and the 'K', but no 'R'.  Something led him to a pair of scissors and they 'I'and the top part of the 'S' became the 'R' in WKR.  Yeah they were lower case letters, but hey it didn't look bad.

Quickly the newly designed lowercase wrk became a staple on fast motorcycles throughout the nation.  Eventually decals were made to keep up with the demand of his top performing motors.  I can tell you first hand that fellow racers take notice of the logo on your bike.  They either smile and know from experience what it does for you, or they frown, knowing what they are up against.

The wkr hasn't changed much over the years.  Best to leave well enough alone, I guess.  Woody said the flag behind the wkr was added some time in the 90's.

So for some 45 years the now famous wrk logo has been emblazoned on some of the fastest racing motorcycles, go karts, jet ski's and anything else that requires getting there fast!  And still winning events for beginners as well as top professionals.