It's 1968 and imagine that you are at the top of your game in the flat track motorcycle racing world.  You show up at an event fueled with enough adrenaline to start a dump truck.  You and your team have come prepared to get the job done.  The riders meeting comes and everyone is there, eyeing up the competition.  Yeah, most of your friends off the track, but its race day and things are about to become serious.  Then, all of a sudden, 100 pounds of mid-western muscle bops in with an accent as strong as his stare and belts out, "Which one of you SOB's are coming in second tonight?"  If that don't break the ice at a riders meeting, nothing will.  Especially when chances were that he wasn't kidding, it could have possibly and did happen on many a night. 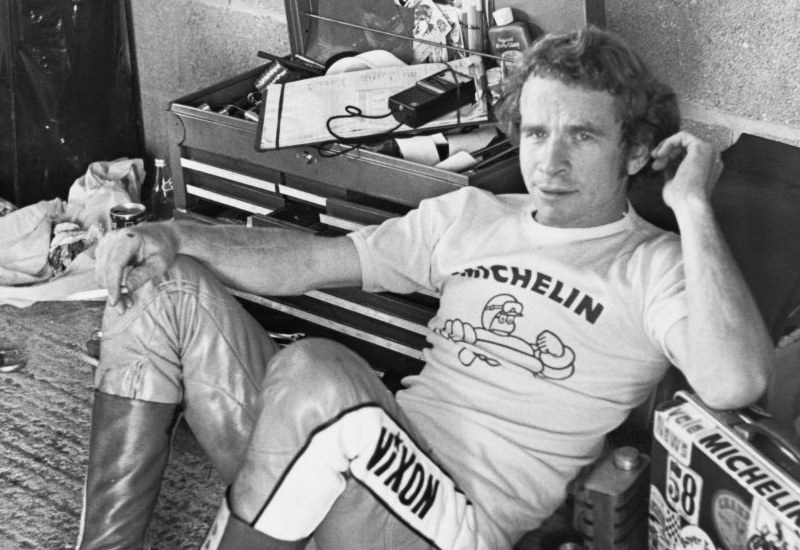 Ol' Nixon used this saying occasionally at some of the dirt track events.  Some say it was just him being his cocky old self, some say it may have been a rare glimpse of Gary's attempt at a sense of humor.  Either way, it was him.  We at Metro couldn't think of a better way to introduce a new line for our Legends famous quotes that with this classic Gary Nixon saying.  And of course, anyone that knows Nixon will only hear it in his gruff, mid-western mumble/accent.