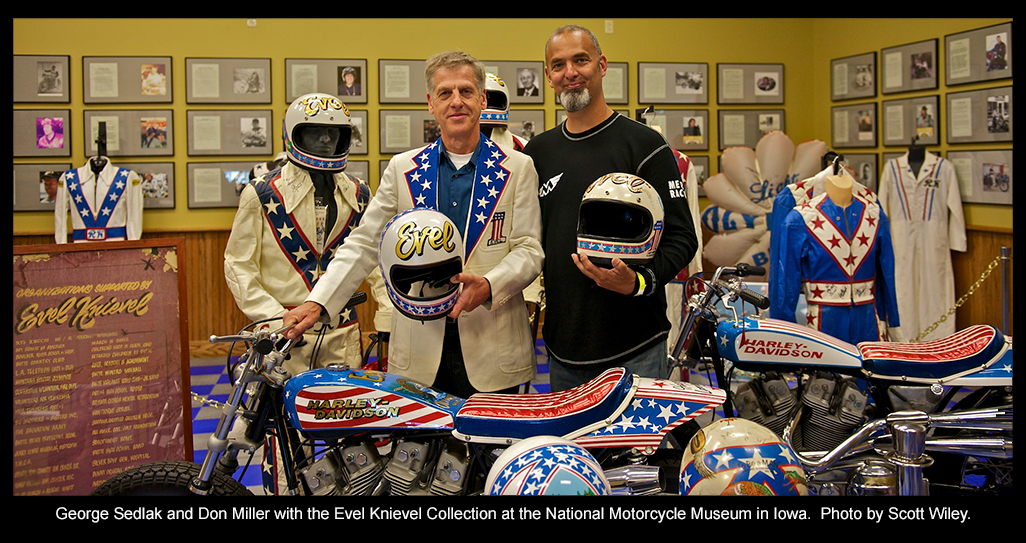 Circa 1999, I had been a few years into vintage flat track racing my Bultaco Astro.  The new millennia was on its way and I figured it needed a paint job.  As usual, I am not one to just slap some paint and stickers on and call it a day.  This one was my own race bike and had to have a little extra.  I went with the stock Astro scheme, but spiced it up a bit with candy apple red, pearl white and some gold leaf stripes and outlines.  Anyone that knows me, knows my fondness for daredevil great Evel Knievel.  So I decided to throw a little Evel in the mix, not in the standard red, white and blue theme of Evel's fleet but went with something a bit more special.  Evel's painter, George Sedlak, put real one hundred dollar bills in the paint jobs of his jump bikes and this was just what I was going for.  No color copies or hand painted nonsense here, but three $100. bills glued to the Astro tank just like they were tucked in the seat. 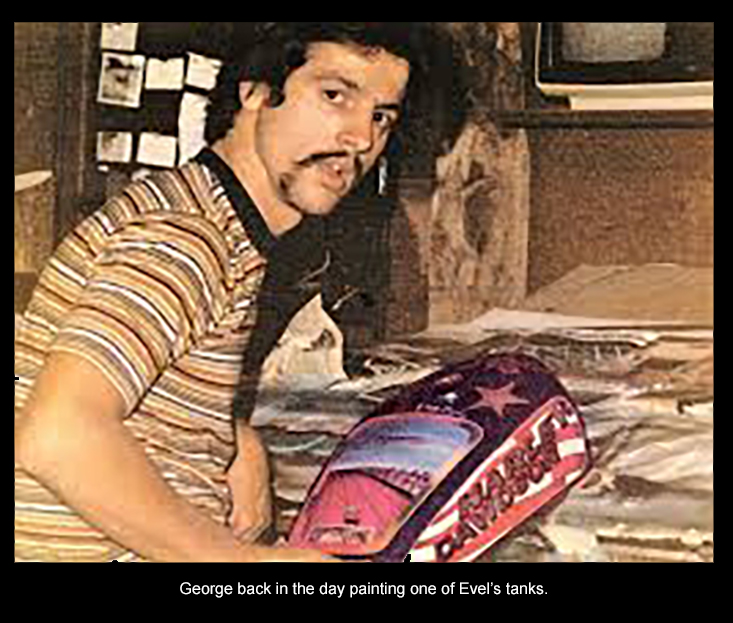 Off to the races I went. During that next race season in Florida, the bike was photographed for Vintage Views, the AHRMA publication.  The next issue came out with a gorgeous centerfold of the shiny Astro.  In the story, it said, "The bills were originally done by George Sedlak for Evel, it was a way to pay homage to them both."  One AHRMA member showed the magazine to George and George was so honored that someone would do such a thing to honor him and Evel.  To show his appreciation, George did a cartoon of me on that Astro.  The CD showed up at Metro with a note from George to 'give me a call sometime.'  It was one of the coolest things ever for me!  Over the years, I have talked to George and became good friends.  We would meet up at events and share stories.  I am lucky to hear some great stories of George and Evel.  As I started building the trike for Born Free 12, George made another cartoon of me.  A very cool creation of me working while dreaming of the turbo 4-cylinder trike while driving in my '70 Ford F100 along with my wife Peg on the way to Born Free!  George thought it would be great for this t-shirt guy to offer it printed on shirts to support the build. Thank you George for the many years of friendship. 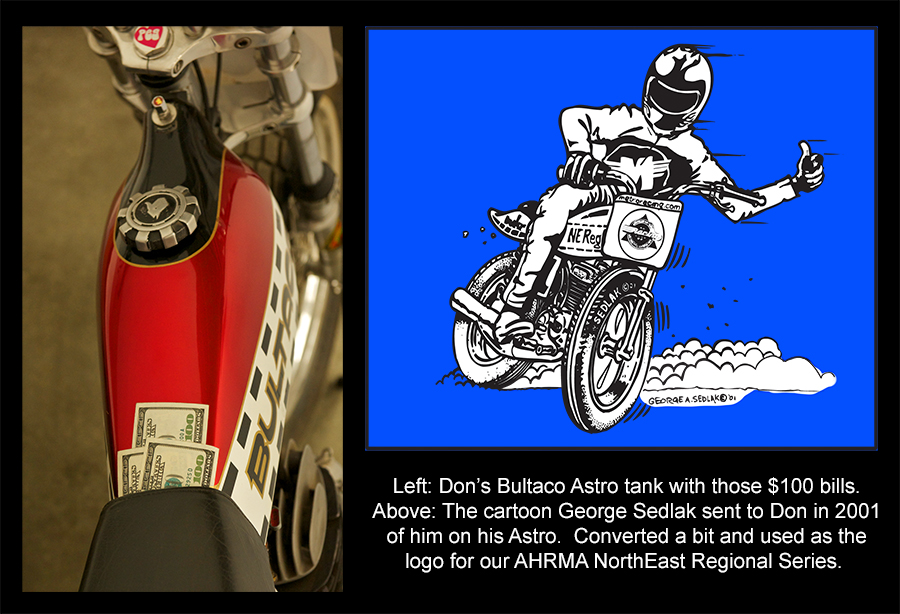