Account
Home > Blog > Preserving History, One Bike At A Time 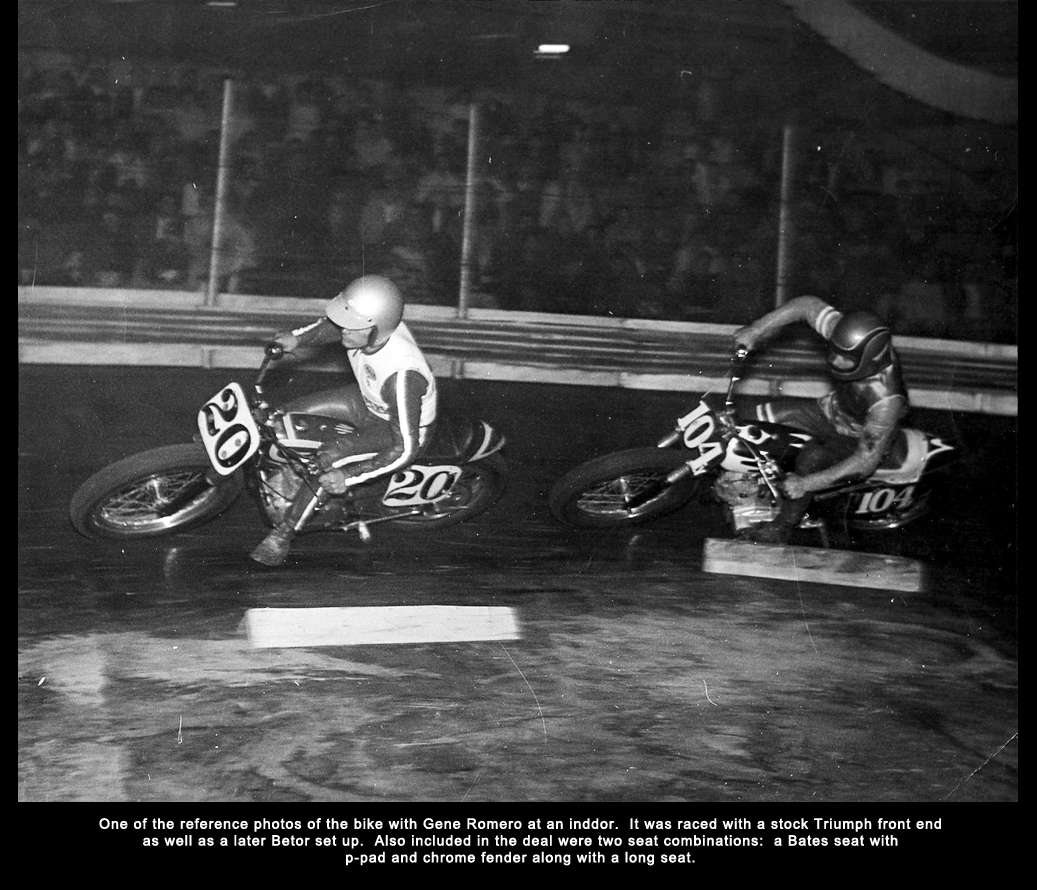 Noted flat track racing historian, Bill Millburn is always on the look out for any scrap of racing history.  Whether he finds it for himself or he helps out friends that are dealing with his same disease, he manages to unearth some of the coolest stuff.  Anyone that is interested in flat track racing in any way, shape or form has heard of Gene Romero.  He is one of the true icons of the sport.  And any piece of his history is something to be coveted by those that follow the sport. So Milburn calls me and says, "There's a Romero bike to be had, you in?"  As I try and control my emotions and thoughts, a simple "Sure, what's the deal?" comes out.  He explains:  through Gene's deal with the Triumph Factory, a long time sponsor of Gene's, Les Edwards owner of Cycle Imports, had built a Sonic Weld 250 Triumph for him.  During its life, Jimmy Odom and Dave Hansen had ridden it as well.  Even though it only raced one or two nations, it was well used at the Cow Palace indoor races in California for quite a few years.  The bike remained in Edwards possession until his passing.  His estate sold it to Big D Cycles in Texas, where the bikes were sold off separately.  The Romero bike, also called a Twud, originally went to a gentleman in Nevada.  Before he could get to the restoration of the bike, he passed away.  His widow now left with selling off his goods, contacted Milburn. 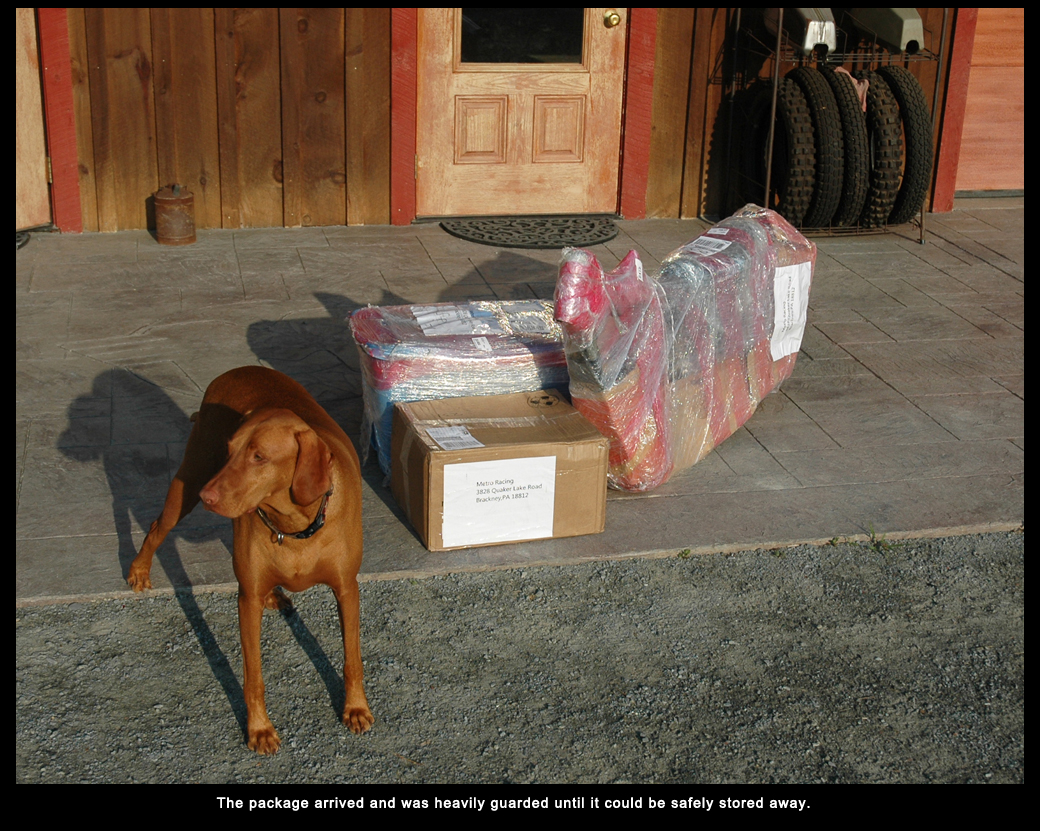 Not only was it a cool piece of flat track history, it had a strong chain of custody.  The deal was made and the pile of parts was on its way to me.  Unlike many other projects I have gotten over the years, this one was pretty well preserved and for the most part, was pretty much intact.  That led to an easy restoration.  Parts were laid out, photographed, categorized for polish, plating, painting, etc. 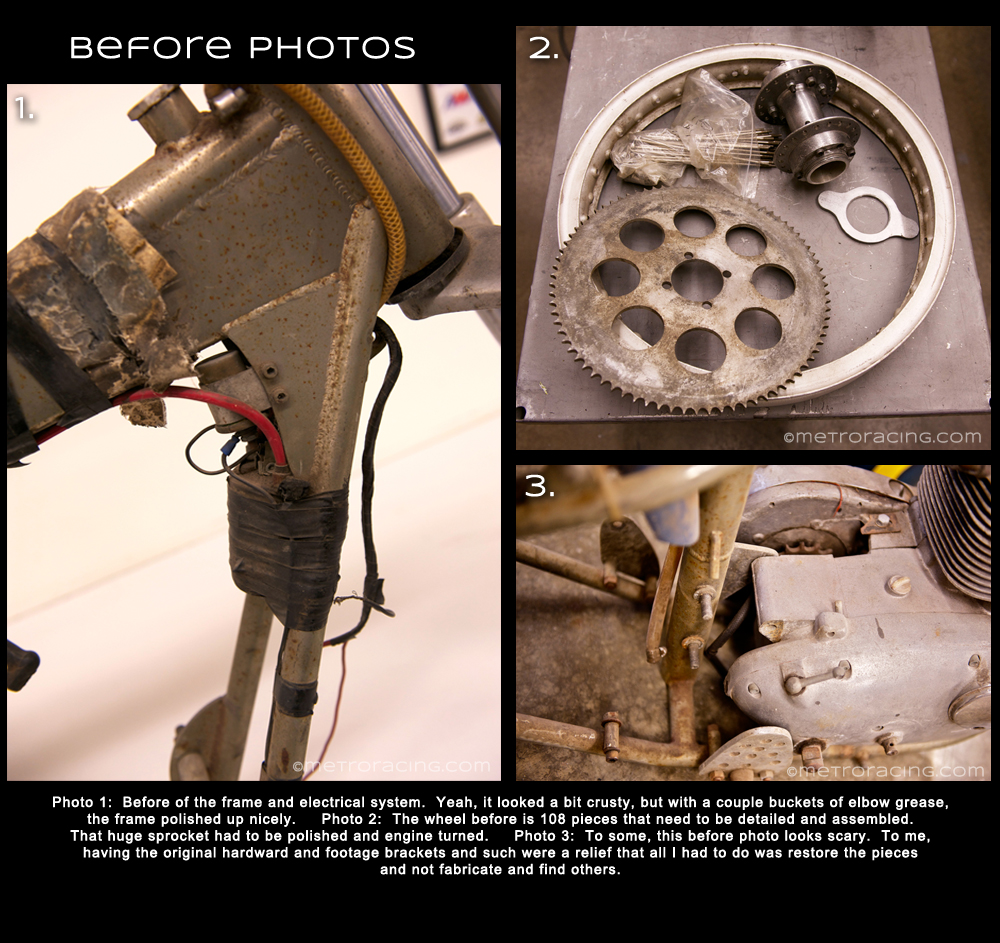 It was kind of fun at the time as the other bikes from the Edwards stable were spread out across the country with their owners digging up information that we all shared to help one another out.  The bikes all had blue and yellow paint schemes - same colors with variations on the stripes.  Somehow I figured out that they were 50's Buick colors.  No formula was readily available so I had the color mapped and shared that with the others. 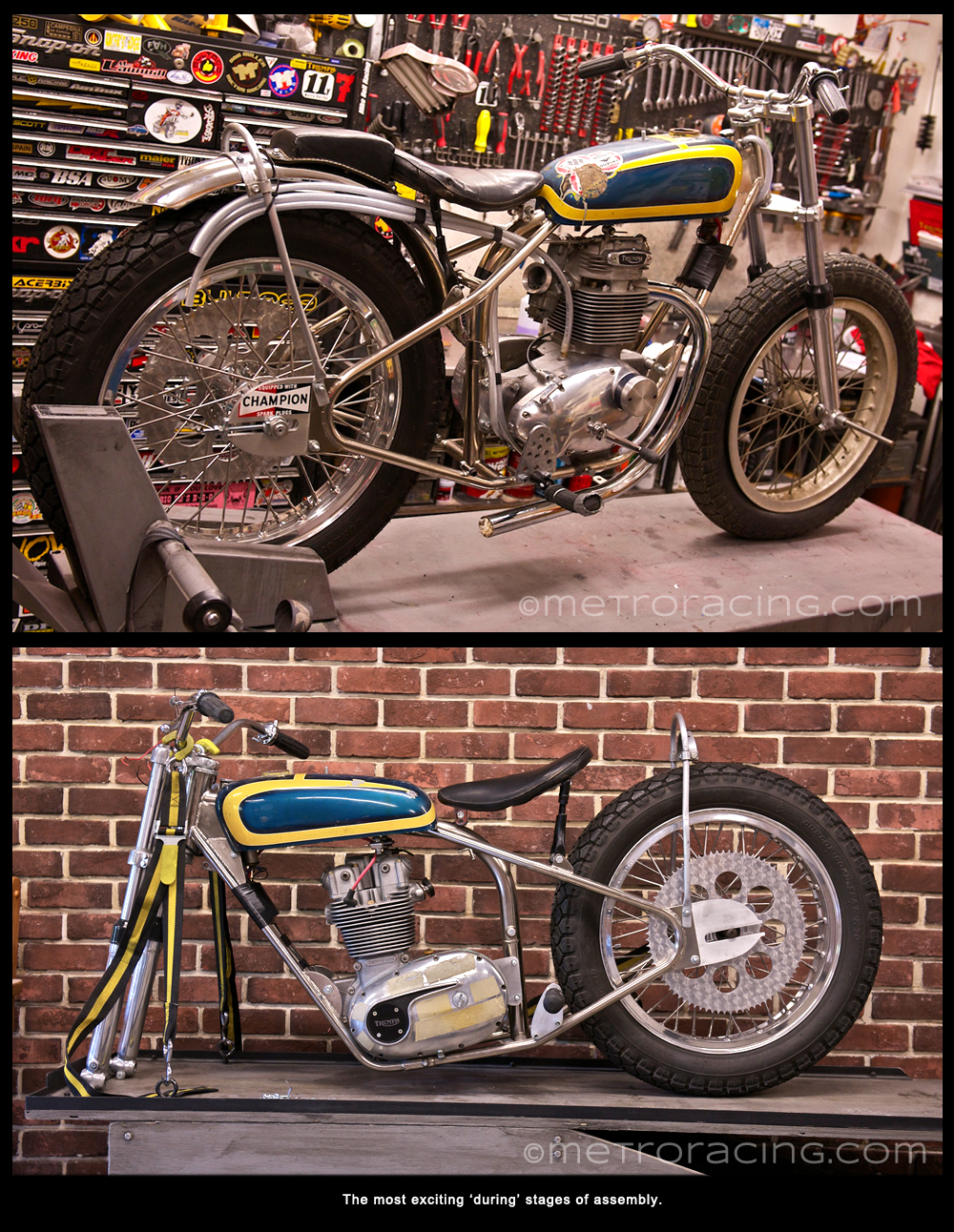 There is also the added ease of restoring a hard tail, brakeless flat tracker as there aren't a lot of parts.  If you don't need it, it isn't on the bike.  The racers or builders were not usually concerned with hardware wither.  If it was in a drawer or bucket somewhere and it fit, it was the correct one.  Unlike some of the concours, factory correct restorations that require a crazy amount of detail with the parts.  With the restoration complete, I am very happy that I preserved another piece of flat track history for the world to enjoy for many years to come.